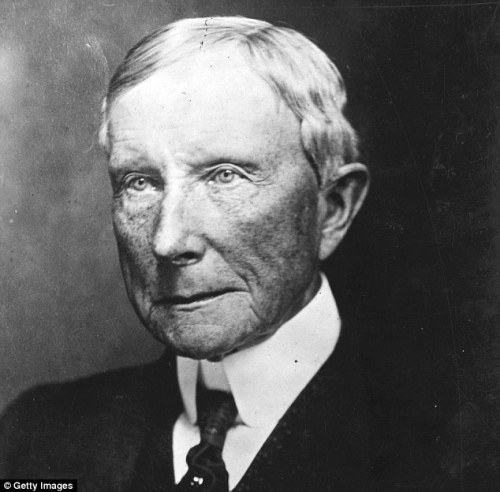 Our final section in Chapter 5 (Political Economy) of George Will’s The Conservative Sensibility (2019) is “Being Richer Then Rockefeller”.  Historians estimate that on September 29, 1916 John D. Rockefeller became America’s first billionaire.  An economist once asked if you want to be a billionaire – then accept this bargain.  You can be as rich as Rockefeller but only if you consent to live in 1916.  Would you do it?  George Will proceeds to detail all kinds of dramatic lifestyle advantages and benefits that we have today that did not exist in 1916.  You live far, far better now than a billionaire did in 1916!

Wealth is relative over time and across people. It has a critical psychological component.  Americans have always and will always be restless and a bit insecure about the wealth they control – that’s American economic culture as Alexis de Tocqueville documented in 1835.  Government cannot and should not attempt to remove free market discipline and risk.  (Ben Franklin said those that would give up a little freedom for a little security deserve neither)

I’ll continue to pound away at these notions week after week while polemic propagandist pinheads in the public square try and deceive people into believing that socialism (or a European style welfare state) will improve lives. It would only improve the lives of the politicians who are somehow able to con voters into believing their bullshit.  Here are some books that discuss the absolutely critical impact psychology has on economics (summaries by Tom Butler-Bowdon from his 50 Economics Classics (2017)):

The Theory of the Leisure Class (1899) – Societies are wholly driven by emulation and the need for status. A goal of life in capitalism is not to have to work – or to take the appearance of not needing to work.

Protestant Ethic and the Spirt of Capitalism (1904) – The spirit of capitalism is not greed and consumption, but the creation of order and the best use of resources. For those with a “calling”, there is no problem in reconciling the spiritual and economic aspects of life.

Misbehaving: The Making of Behavioral Economics (2015) – “Homo economicus”, or rational man, is quite a different species than homo sapiens, which often seems to make economic decision that seem to go against its own interests.

Bourgeois Equality (2016) Capitalism did not create prosperity by itself. The historically recent philosophy of liberalism unleashed the powerful potential of unprivileged people. The world became wealthy thanks the ideas of classic liberalism.

George Will concludes: “Americans have no alternative to embracing economic dynamism, with its frictions, and casualties and uncertainties.  Otherwise they must live with the certainty of stagnation and the zero-sum politics of distributional conflicts driven by government as the allocator of wealth and opportunity”.  – – living in the ‘security of the barracks’ instead of enjoying the liberty our nation’s founders bequeathed to us.